Discover the Northern Safari Circuit highlights on this 4 days private safari that will take you to the most iconic safari destinations in Tanzania including the magical Serengeti!

Join us for the adventure of your lifetime on a stunning 4 days safari to the most exciting safari destinations of Tanzania’s Northern Safari Circuit – including the Serengeti, Tarangire National Park and the world natural heritage – the Ngorongoro Crater.

Follow the path of the the early explorers of this unique safari destination and follow the big herds as part of the Great Migration that takes place in this magical environment.

You will see giraffes, zebras, antelopes, wildebeest, hyenas, ostriches in their natural habitat and of course the Big Five of Africa: leopard, buffalo, elephant, black rhino and the lion.

Do not hesitate to give us a call. We are an expert team and we are happy to talk to you.
Day 1: Arusha to Tarangire National Park

Tarangire National Park is a national park in northern Tanzania. The Tarangire River flows through the park, which constantly carries water, so that many animals migrate from dry regions during the annual dry season from July to October, resulting in the highest density of wildlife in Tanzania after the Ngorongoro Crater. The landscape consists of grasslands, especially on both sides of the river, open tree savannah, dense scrub and woodland, and hills and crags with sparse vegetation. Baobab trees are found with above-average frequency. Among others, zebra, wildebeest, impala, waterbuck, lesser kudu, African buffalo, giraffe, hippo, warthog, lion, cheetah, leopard, hyena and African wild dog live in Tarangire National Park.

The Serengeti has some of East Africa’s finest game areas. Besides being known for the great migration, the Serengeti is also famous for its abundant large predators. The ecosystem is home to over 3,000 Lions, 1,000 African leopards and the East African cheetah is also present here.
The name “Serengeti” refers to the word “seringit” in the Maasai language, meaning “endless plains”. The Serengeti is one of the best places to observe prides in their natural environment. Approximately 70 large mammal and 500 bird species are found there. This high diversity is a function of diverse habitats, including riverine forests, swamps, kopjes, grasslands, and woodlands. Blue wildebeest, gazelles, zebras, and buffalos are some of the commonly found large mammals in the region.

Highlights of the Serengeti

The northern Serengeti reaches all the way to the Kenyan border and the famous Mara River. It is therefore greener and more quiet in comparison to the southern Serengeti plains. The area stretches from the Lobo Hills southwards to Seronera and is typified by green rolling hills, which is a pleasant diversion from the much flatter southern plains. It is an ideal habitat to spot wildlife due to its versatile, green environment, its rivers and its acacia tree forests.

Ngorongoro is a crater in Tanzania on the edge of the Serengeti. It was formed when a volcano collapsed at this point. The crater floor is at about 1700 m and the side walls are between 400 and 600 meters high, so that the crater rim is at about 2300 m. The diameter of the crater is about 20 kilometers.

About 25.000 wild animals populate the crater. It also offers the highest density of predators in Africa. The number of zebras, buffaloes, wildebeests, antelopes and gazelles is particularly large. They are hunted by lions, hyenas and leopards. There are also elephants in the crater and, unusually in this area, hippos. Between 10 and 15 endangered black rhinos remain. The great herd migration in the Serengeti also passes through the Ngorongoro Crater.

Highlights of the Ngorongoro Crater 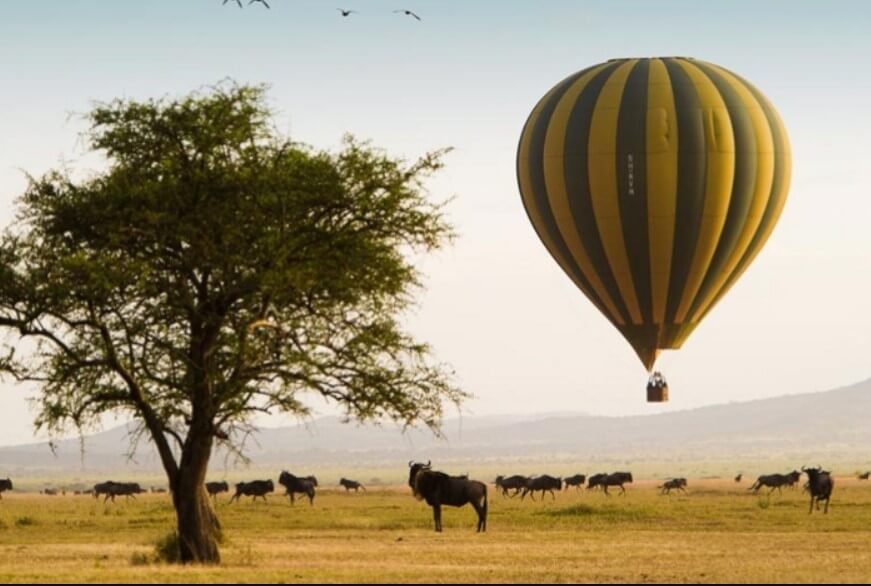 Discover the Northern Safari Circuit highlights on this 9 days private safari that will take you to the most iconic safari destinations in Tanzania! 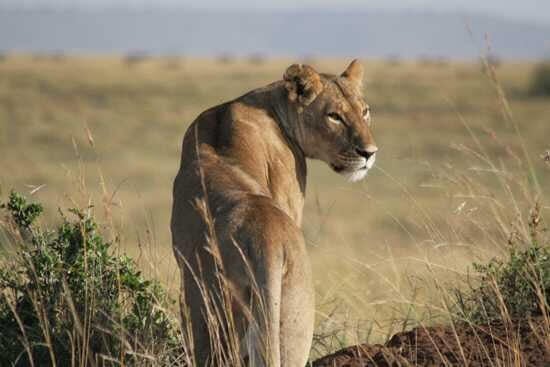 Discover the Northern Safari Circuit highlights on this 8 days private safari that will take you to the most iconic safari destinations in Tanzania! 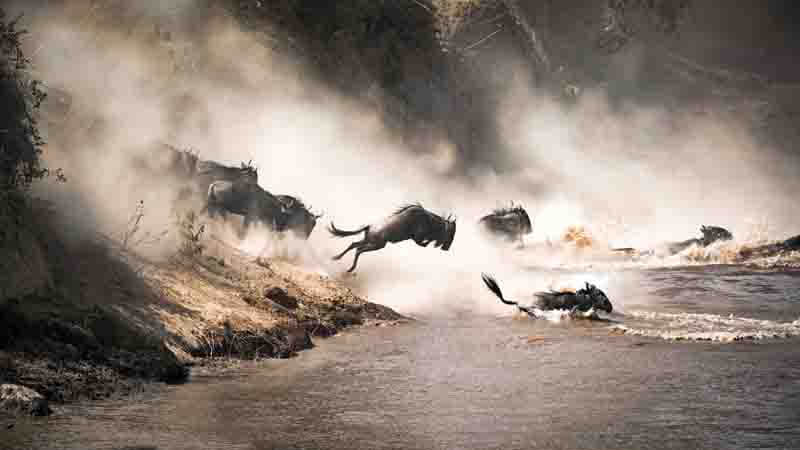 Discover the Northern Safari Circuit highlights on this 7 days private safari that will take you to the most iconic safari destinations in Tanzania! 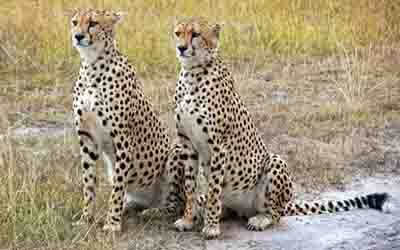 Discover the Northern Safari Circuit highlights on this 6 days private safari that will take you to the most iconic safari destinations in Tanzania including the magical Serengeti! 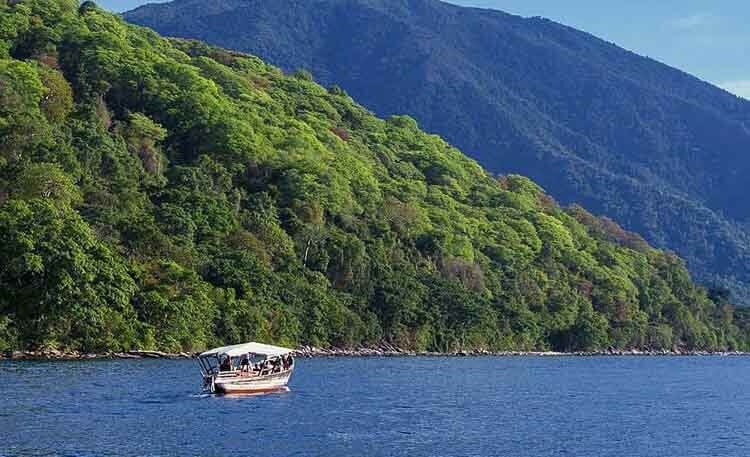 This naturally green paradise is famous for its dense rainforests and for its families of chimpanzees. Approximately 800 chimpanzees live in the remote mountain terrain. You will be able to meet them in their natural habitat. Discover the Northern Safari Circuit highlights on this 5 days private safari that will take you to the most iconic safari destinations in Tanzania including the magical Serengeti! 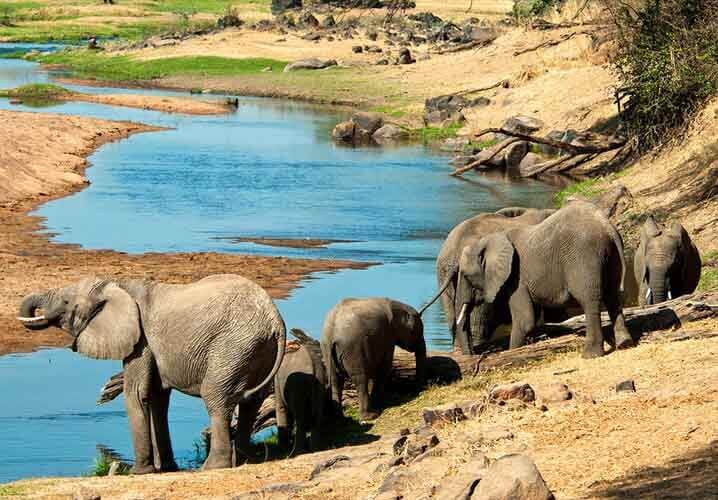 Go on safari with us in Ruaha National Park where one third of the world’s lion population lives alongside the largest elephant herds in all Tanzania. A truly magical place for authentic safaris! Visit Gombe Stream National Park and discover the chimpanzees of Jane Goodall in their natural habitat at the shores of Lake Tanganyika on a chimpanzee tracking safari!
Tripadvisor Facebook Youtube Envelope Instagram
Trustpilot